Many years ago I remember walking through my home city feeling disappointed. It was 1990; the year Saddam Hussain invaded Kuwait, Nelson Mandela was released from prison（釈放される）, the German people began to demolish（壊す） the Berlin wall and President Bush declared（明らかにした） he didn’t like broccoli.

As a 17 year old and recently enrolled（入る） trainee chef at catering college I felt cheated.（騙された気分になった） I had discovered French cuisine and my love of food. I was sad because my city had many different types of food on offer; Spanish, Italian and Chinese restaurants. But no Japanese restaurants. The feeling I was missing out（損をする） increased when the BBC aired（放送した） a series on Japanese cooking called A Taste of Japan. They showed exotic foods like tamagoyaki, or household essentials that included miso, kombu, bonito flakes and mirin. All standard Japanese food items that we never saw in the west.

One thing that strikes（感動を与える） westerners as different is the natural taste of Japanese cuisine. Neighboring countries like China and South Korea rely on（～に頼る） spices like chili peppers while Japanese cuisine is ‘umami’ based. While both Chinese and Korean food rely on heavy sauces, meat and oil. Japanese food focuses on fresh produce and a natural taste. Japanese food is light on the stomach as it doesn’t use as much oil.

Of course London was jam packed （～でいっぱいの）with Japanese restaurants. But it took another 10 years before I could actually try Japanese food. Even then it was only a fast food conveyor-belt sushi bar. Today though it’s a different story. There are five or six Japanese restaurants serving staples（地域の主食となる食べ物） like - katsu curry, ramen and sushi in my home city. The taste though couldn’t even compare to the restaurant quality food I’ve eaten in here in Japan. But it’s a start. Japanese food is becoming increasingly popular in the west. People are even trying to cook authentic food at home and every supermarket in the UK has a Japanese section.

Living in Niigata does have one drawback（難点） though. When people ask me what is authentic（本物の） Japanese food like? I reply ‘Prepare to have your heart broken. You’ll never eat Asian food from a take-away restaurant in the UK again!’ The food in Japan is so good that the so-called（いわゆる） asian restaurants in the UK can’t compare. You’ll always think of the wonderful and authentic tastes of Japan you’re missing. 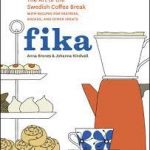 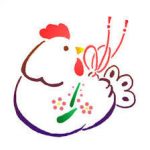 あけましておめでとうございます。本年も何卒よろしくおねがいいたします！ クラスは1月7日（土）開校です。 HAPPY NEW YEAR and  we wish you all spend a gre ...

Hey everybody, It’s Mike. I’m one of the English teachers here at Rapid Progress English.  I hope ev ...

What images do you think about when you imagine in Hong Kong? Most people think of a former British ... 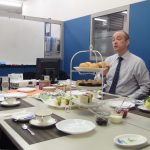